Building a system to learn from failures 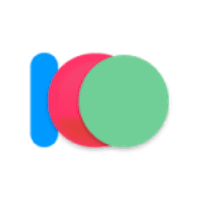 Subscribe to my newsletter and never miss my upcoming articles

Do not fail. We all have been raised by parents, teachers, and society by that. If you ever fail at some point in life, you might have belittled for that or if you are in a managerial position, blame someone for the mistakes. Everybody fails at some point in life. By the time we were there, we should bring ourselves up, learn from it, and make sure we do not put ourselves in the same situation again. Failure is indeed a stepping stone, only if each stone is learning to move up to the next.

A system to learn from failures - "5 Why"

Eric Ries, the author of Lean startup, uses these 2 rules for him and his team - 1. Be tolerant of all mistakes the first time. 2. Never allow the same mistake to be made twice. The first rule is about being compassionate about making mistakes. The second rule is about taking action to prevent it next time. We have talked about the importance of the system to choose valuable tasks. Also, we need a system to focus on the mistakes that will impact us most, avoiding working on mistakes that are not so important. "5 why" is a technique used to find the root cause of a failure and also create the opportunity to learn and make an action. The technique is to question five why repeatedly on a problem that impacts a lot. This also opens up room to face the unpleasant truth about ourselves which we must confront and try to provide proportional investments to learn from it.

Be it any mistakes we might encounter from personal productivity to a development bug - "5 why" helps us to identify the root cause. Below is a scenario that happened in IGN when they encountered a production issue on editing or posting comments. Asking 5 why opens an opportunity for improvements in each stage. And also two outputs in each stage - learning & doing.

Thought for the day

This article is written by Karthikeyan and co-authored by Rams

This article was written as part of day 12 of the #14daysbreakloop challenge. Get the new tab extension from Chrome Web Store and start working on your #100daysofcode.